Walking into The Loco Klub after the hefty journey down to Temple Meads is like stepping backwards in time to a seedy, scary underground carnival – perfect for a night of blood and beheading. Performed under railway arches in the incredibly dark, cabinet-of-curiosity style space, this University of Bristol DramSoc interpretation of Oscar Wilde’s Salomé has an eerie, haunting atmosphere.

Wilde’s Salomé tells, in one act, the Biblical story of Salomé who is the stepdaughter of Herod Antipas. As a reward for dancing the dance of the seven veils, she asks her stepfather Herod (to his dismay, but her mother’s delight) for the head of John the Baptist. This DramSoc performance sticks to the original story and dialogue, which, paired with the modern costuming, impressive sound and lighting and an interpretative dance scene featuring the whole cast, makes for a very refreshing interpretation.

After first entering the Loco Klub and grabbing a drink at the bar, we are taken by members of the cast along a candlelit path. At the end, members of the cast cavort on a raised platform to our left, drinking and laughing at Herod’s feast. This immersive walk through the archways (we have not yet even reached the actual stage) is an excellent use of the unique space and prepares the audience for the dark immorality of the rest of the play. The very nature of the play makes it feel as if it should only be performed somewhere underground, far from prying eyes. As we are led from the banquet scene (which continues in the background), we find the seating arranged around a small raised platform under the arches. Although the space cannot cram in hundreds at a time, there is a sense of intimacy as the play begins in the caverns before us. 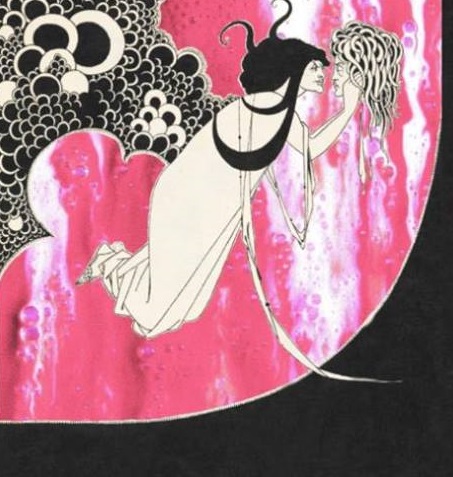 Salomé has come to be known as a symbol of dangerous, female seductiveness, and this DramSoc performance does an excellent job of emphasising Salomé’s use of sexuality to manipulate. In the scene where Salomé convinces Narraboth, the Syrian captain, to bring Jokanaan/John the Baptist to her, background music and emphasis on Wilde’s repetitive dialogue creates a hypnotic, sensual atmosphere, to which Asha Osborne-Grinter (as the title role) adds by walking around in circles whilst attempting her persuasion. A similar tension is accentuated in later scenes when Andrew Simpson as Herod and Mimi Paltridge as Herodias argue about Herod’s wandering looks and ‘obsession’ with Salomé.

The highlight of the entire play is directors Eden J. Peppercorn and Alfie Blunt’s staging of the dance of the seven veils. Dramatic red lighting floods the stage, and Salomé removes an outer layer of her costume, mimicking the ‘veils’ of the more traditional dance. Osborne-Grinter begins dancing alone to a pulsing beat, and as the dance becomes more intense, she is joined slowly by members of the cast until all of them join her on stage in group choreography. The dark sexual undertones of the play are craftily brought to a head in this scene, with many of the male characters of the play grabbing at or dancing with Salomé during the dance.

With stand-out performances by Andrew Simpson as Herod and Joseph Palmer as Jokanaan/John the Baptist, DramSoc has done an excellent job of turning Wilde’s play into an enjoyable, haunting performance, even for those who are unfamiliar with either Wilde’s play or the biblical story. The best thing about the play is truly the space: the dark, gritty effect of the underground arches emphasises the booming voices of Herod and Jokanaan and parallels the darkness within the story of Salomé itself.

A triumphant reinvigoration of what some may call ‘Wilde’s old words’, DramSoc have made me excited to see even more student theatre.