Ahead of International Women’s Day, Ellen Banks talks us through the Women’s International League for Peace and Freedom’s campaign to end violence against women.

Women’s International League for Peace and Freedom (WILPF UK) is an international feminist NGO, aiming to facilitate fundamental structural change that will end the continued social, economic and political discrimination of women and young girls across the globe. As part of this aim, WILPF seeks to unite women across all lines of division in order to promote world peace and the abolition of violence in order to achieve equality.

Last term, Bristol became one of the few University’s in the country to form its own WILPF branch. Now, we are calling on Bristol students to support our campaign for equality in the run up to International Women’s Day next week. 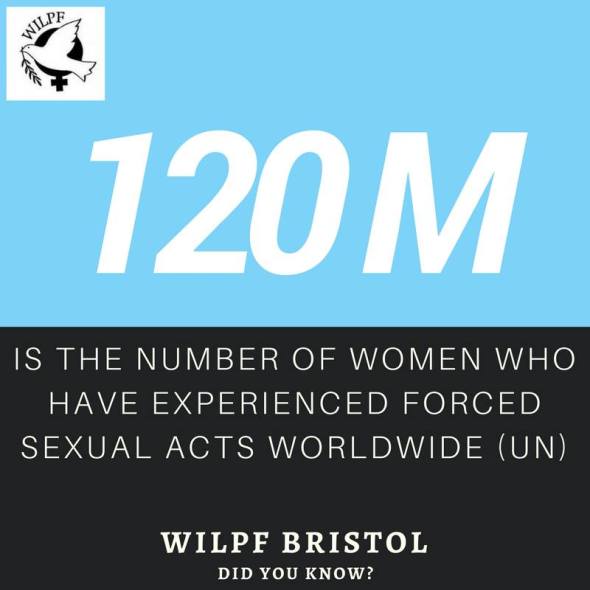 On the 8th of March WILPF Bristol will be campaigning on campus against the continued violence against women across the globe. According to the United Nations 120 million girls have experienced forced sexual acts worldwide; another 200 million women and girls have undergone female genital mutilation (FGM), whilst a staggering 700 million alive today were married as children. These figures reflect the devastatingly high levels of violence against women that still exists, which only further hinders efforts to achieve global gender equality in all political, economic and social spheres. Not only does such violence reflect a fundamental violation of human rights, in seriously damaging women’s health and wellbeing, but it also prevents women and young girls from fully realising their potential in society. Only in putting an end to such violence can we hope to pave the way for a world where women and men are equally empowered at both the local and international level.

IWM day 2017 is calling on all of us to #BeBoldForChange on March the 8th. In order to show our solidarity with women across the globe, WILPF Bristol will be on campus outside the gym handing out ribbons, each one symbolising 1 million of the women and young girls affected by FGM, forced marriage and sexual violence. In creating this visual campaign reflective of the UN’s horrifying figures of women subject to such acts of violence, we hope to raise awareness of the work that WILPF is doing to fight global inequality.

If you would like to find out more about our campaign, or would like to get involved in the Bristol University branch of WILPF, then join our Facebook group – https://www.facebook.com/groups/212625352511511/.