This article was originally published in Issue 10, December 2015. To read the full print magazine, visit: http://issuu.com/uobfemsoc/docs/twss_issue_10_winter_2015

Spirited Away (2001) and Howl’s Moving Castle (2004), as two of  the five highest-earning films in Japan to date, have unique cultural resonance and impact. It is often suggested that they, like most of Hayao Miyazaki’s films, are empowering and progressive as far as gender portrayals are concerned. While both films feature a strong female protagonist (Chihiro in Spirited Away and Sophie in Howl’s Moving Castle), such a claim bears further analysis.

First, Chihiro and Sophie are significantly less powerful than their male counterparts. While Haku and Howl can fly and metamorphosise (into a dragon and a bird-like creature respectively), Chihiro  and Sophie are human. The males are in positions of authority: the workers at the bathhouse refer to Haku with a respectful honorific (sama as opposed to san); Howl is master of the castle and known as one of the best sorcerers alive. On the other hand, Chihiro and Sophie are in positions of servitude, working as an odd-jobber in the bathhouse and as Howl’s cleaner.

The dominance of the male characters over the female is symbolised by scenes of rescue. Early in the film, Haku appears out of the blue and warns Chihiro to leave the amusement park. Later, he finds her in the shadow of a house with her head in her arms, a fading figure juxtaposed against the bustle and lights of the town, his arrival like a beacon of light. Ostensibly, Chihiro only lived because Haku found, fed, and instructed her. This balance of power might however be attributed to context rather than weakness on Chihiro’s part  — it is surely normal to feel a degree of panic after the discovery that your previously-human parents have transformed into pigs.

Similarly, the audience first meets Howl when he literally swoops in to whisk Sophie away from soldiers who were harassing her. The second time he rescues Sophie, she is meeting Madame Suliman, the King’s Head Sorceress, on his behalf. When Madame Suliman tries to trap him and Sophie in a parallel universe, Howl flies them through the roof and onto a flying machine that carries them away. Interestingly, these rescues are deliberate changes to the novel of the same name by Dianna Wynne Jones. In the novel, Howl himself harasses Sophie rather than anonymous soldiers, and Sophie has magical powers that may enable her to save herself. These changes suggest that the film’s narrative had been designed to establish the power relations between the two and further entrench Howl’s role as the archetypal Prince Charming. 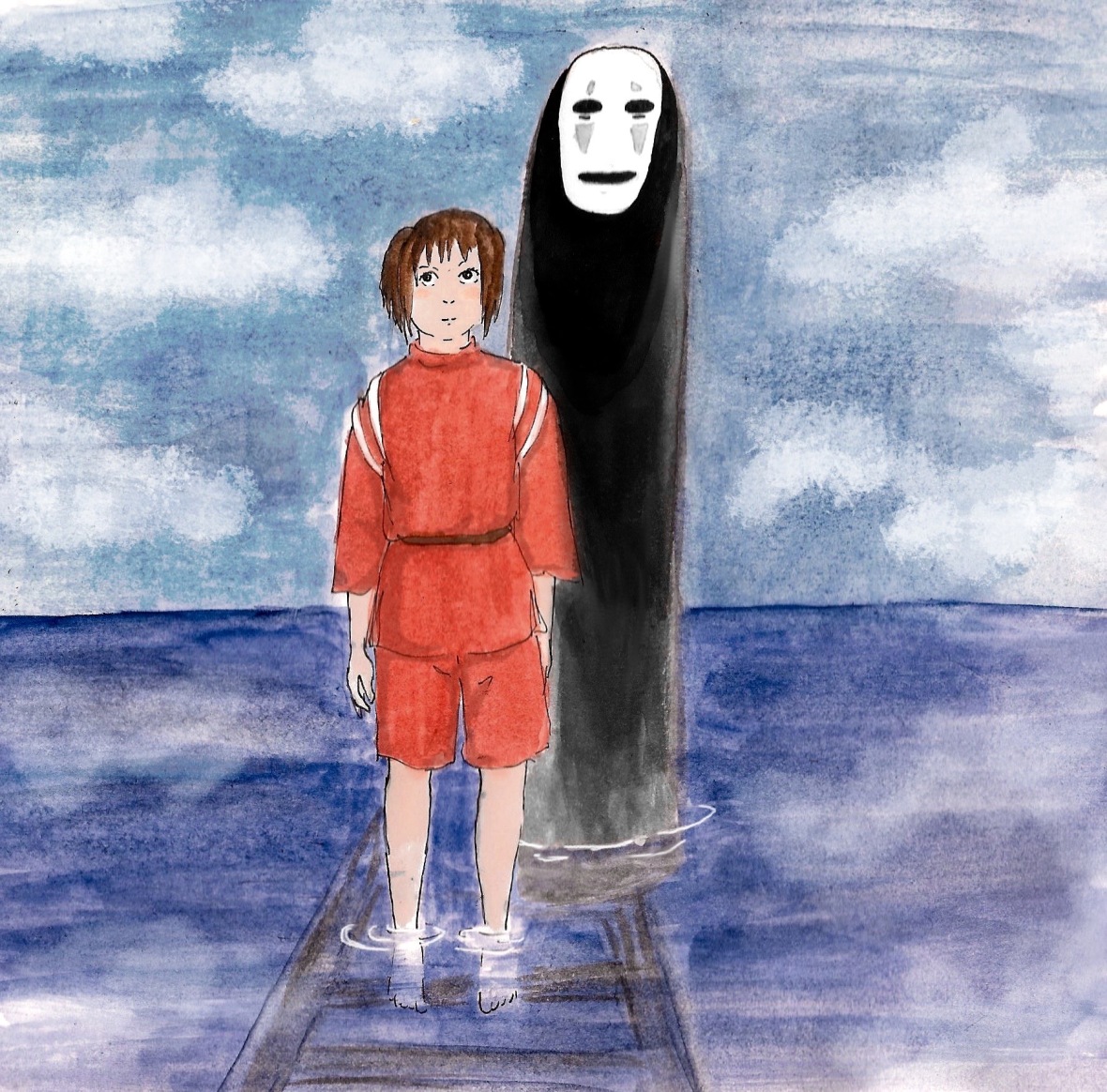 Although the apparent balance of power between the protagonists aligns with traditional gender roles in Japan, Spirited Away and Howl’s Moving Castle suggest that such power can be circumscribed and is hence weaker than the unlimited capacity of the human heart. On their own, Haku and Howl are unable to obtain what they most desire: Haku wants to remember his true name, be free of Yubaba, and reclaim his identity, whilst Howl wants to end the war, protect the people he cares about, and regain his heart. Eventually, human and arguably feminine forms of power save the day. Chihiro and Sophie get what they need with kindness and ingenuity; they delve inward into the realms of memory and selfhood, releasing Haku and Howl from the forces that had shackled them.

For example, Chihiro’s kindness leads No-Face to aid her in obtaining  soap tokens, which she uses to clean a stink spirit who was shunned by others. Out of gratitude, the stink spirit gifts her a dumpling. Chihiro feeds part of it to Haku, purging the slug that Yubaba was using to control him, and part of it to No- Face, who regurgitates members of  the bathhouse and ends his wanton destruction. Later, Chihiro intuits Haku’s real name from a memory she shares with him, entirely releasing him from Yubaba, and her love for Haku also set the scene for the negotiation with Yubaba to return Chihiro and her family to the human world. In Howl’s Moving Castle, Sophie delves into Howl’s memory to learn what she needs to do. Her pleading wins over the Witch of the Waste, who was holding on to Howl’s heart, and she brings Howl back to life. Sophie inadvertently ends the ongoing war by kissing Turniphead after he sacrifices his pole to save the group. Playing on the trope of true love’s kiss, this returns Turniphead to his original form: the Crown Prince whose disappearance started the war.

Interestingly, both Haku and Howl are subject to more powerful females who serve as antagonists in the narrative. Haku is bound to Yubaba as her apprentice because he forgot his name, and effectively has to do her bidding. Howl, once-apprenticed to Madame Suliman, has yet to completely leave her grasp — “That woman terrifies me,” he says, “I can’t face her on my own!” The Witch of the Waste is also a menacing figure, although she is eventually defanged by Madame Suliman, dangerous only  in her childishly obsessive pursuit of Howl’s heart. The fact that powerful women are portrayed as antagonists may reflect increasing anxieties about the changing role of women as they gain power in  the working world. Such women are often seen as strange and dangerous intrusions into masculinity; independent women with power have historically been portrayed as evil witches in folk and fairy tales. Grotesque representations of such women, as embodied in Yubaba and the Witch of the  Waste, might serve as a continuing mechanism of social control to discourage aspirations to power and seemingly-masculine behaviour.

A final comment: the burdens that fall on Chihiro and Sophie, who are effectively adolescent girls (shōjo), are so heavy that they seem to imply a woman can accomplish positively everything. She can and ought to save the world (stop No Face’s wanton destruction of the bathhouse in Spirited Away and end the war in Howl’s Moving Castle), rescue her male partner, accomplish personal growth, and keep the house clean  all at the same time — the last two points are not discussed in detail here, but are integral to both films. It is unclear if this portrayal  of success is most reasonably  viewed as a form of empowerment  or as the imposition of further unrealistic standards, and may be differ depending on the viewer.