‘Ladies! Let’s rejoice now that we can finally have a soundtrack to our perpetual moaning over boys and periods whilst we paint our nails at slumber parties!’

Apple Music’s new female orientated advertising campaign features Mary J. Blige alongside the actresses Kerry Washington and Taraji P. Henson, cooking and dancing in the kitchen together, discussing what makes them feel ‘sexy’. It might have been easy to brush this advert under the rug, along with the multitude of other banal adverts that intrude on us daily if it weren’t for an interview last Thursday on CBS This Morning with Jimmy Iovine, the boss of Apple Music. The interview makes it a lot harder to view this advert so superficially.

In my opinion, the concept of playlists created for certain contexts is a great idea – in fact I always try to replace the ever-dreaded question (particularly common during freshers’ week) of ‘what music are you into?’ with ‘what music are you into when… [insert context here such as cooking, getting ready to go out, having a bath].’ As a result, I’m all for Iovine’s proposal to create playlists for ‘dinner’ and ‘exercising’.

What I’m not all for is Jimmy’s playlists for when ‘girls are sitting around talking about boys, or complaining about boys!’ Not only does this interview reveal his belief that this is what girls do in their free time, but it also reveals his apparently long-held belief that women are incapable of curating their own music taste: ‘So I always knew that women find it very difficult at times – some women – to find music.’

Ladies! Let’s rejoice now that we can finally have a soundtrack to our perpetual moaning over boys and periods whilst we paint our nails at slumber parties! We know that ultimately, as girls, it’s really hard for us to find music for ourselves and at the end of the day, as the boss of Apple Music rightly claims, ‘Not everybody… knows a DJ’.

Like the content of the advert itself, I don’t think we can brush these startling statements under the rug as a mere faux-pas. If the boss of Apple Music is ready to dismiss someone’s musical knowledge due to their gender, this is a huge issue. Do his views reflect the views of Apple Music generally? Does he apply these claims to his female colleagues? How are women meant to progress in any area of the musical world if those at the top of the hierarchy don’t respect them?

If the majority of those at the top of the musical food chain hold similar views to Jimmy Iovine then we can begin to understand why around 91 per cent of Electronic Dance Music is produced by men, why the DJ Mag Top 100 list only included two women acts, or why festival posters look like this when you omit all the male acts: 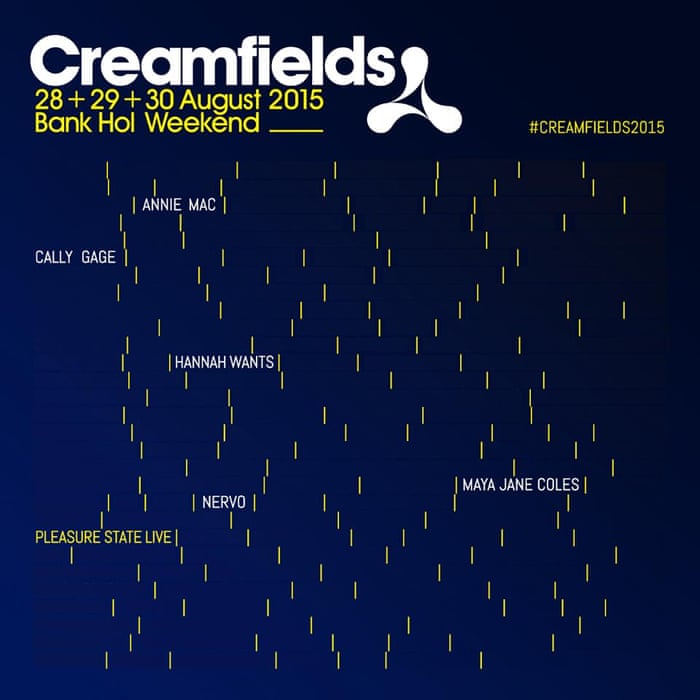 The belief that women find it more difficult to find music than men is fundamentally false. Yet when women browse for music it is undeniably true that they will find it difficult to discover women artists or women-friendly popular music. Women are physically marginalised throughout the music industry and verbally and visually sexualised in popular music. One only has to listen to the lyrics of Robin Thicke’s ‘Blurred Lines,’ or turn on any music channel and be confronted by music videos that sexualise and objectify women to see how this is correct.

If you’re reading this and have become as similarly riled as I was after watching the interview, here are a few constructive ways you could channel this anger: