As you can probably gather from the subject of this article, I spend a lot of time online. In particular, I spend a LOT of time on TikTok. Aside from the organisation and lifestyle content that clings to my For You page with all its might, I often find myself stumbling across an abundance of toned-down social criticism, disguised as ‘hot takes’. Some of these ‘takes’ are revolutionary, and some are very much recycled. The most common of the more overused opinions centre around media consumption and mental health, with a heap of specific terms that come with that. For example, being an ‘Amy Dunne Apologist’ roughly translates to someone who believes that Amy Dunne, the main character from Gone Girl, was absolutely correct in her choice to fake her own death and frame her husband for murder. However, as much as these takes appear to be funny and lacking in depth, there are much darker themes that hide themselves within references to Fleabag.

Women, as Fleabag puts it, ‘have pain built-in’, and this pain has rarely been taken as seriously as that of men. This was why I was so disappointed to see this new TikTok trend. Although these videos acknowledge the presence of women’s suffering and mental illness, they were also going further. They were romanticising it.

Romanticising suffering is a long internet tradition, built in the early years of Tumblr, and translated through each social media platform in turn. We all remember the ‘sad Bart Simpson edits’ on Instagram in 2016, and although these are now mocked and turned into ironic memes, they are still very prevalent, albeit in a new form. Romanticising suffering is sometimes easier than asking for help. Asking for help would mean that you might have an actual problem, it might mean doctor’s phone calls and CBT (Cognitive Behavioural Therapy) workbooks and medication. Romanticisation, on the other hand, approaches mental illness in a new way. As writer Anne-Sophie Bine puts it, there is a “pin(ing) to be mysterious, haunted, fascinating”. 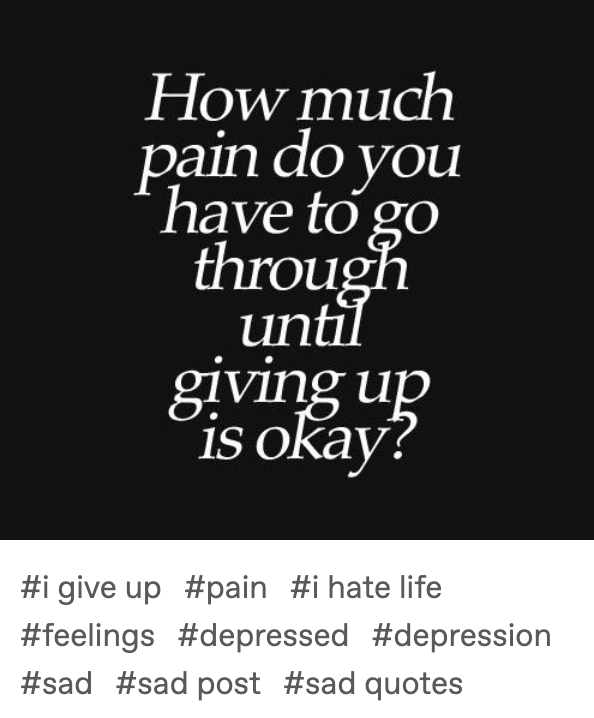 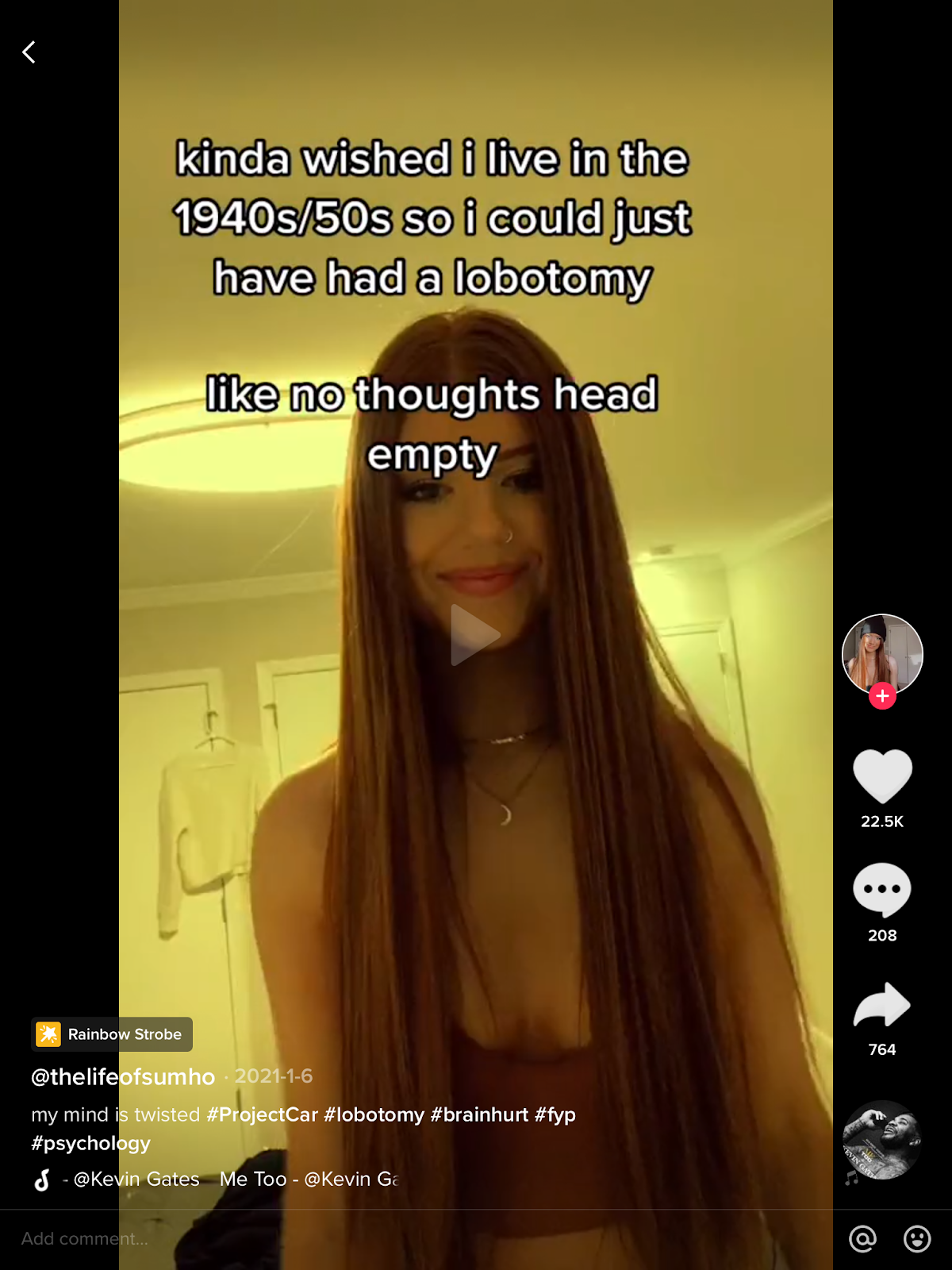 The narrative has changed drastically from mental illness being something to fix to it being something to worship. This was clear in the days of Tumblr, with self-deprecating and triggering quotes being shared between blogs with names like ‘sadallthedamntime’. However, with it came some innocence and naïveté. Romanticising one’s suffering was personal and private, the anonymity of Tumblr blogs meant that one could share these posts in peace, knowing that they would maybe be reblogged by 2 people and a bot. We are long past this stage. Anyone can go viral on TikTok (I ‘dressed up’ as a straight person in May and received 100k likes), and with this comes a responsibility not to spread harmful rhetoric about mental health. But it is still going on, only it’s less obvious. The romanticisation of suffering on TikTok is subtle, ironic, and disguised as proto-academic criticism. It is hidden behind comedy and poetry, book recommendations and fit checks, but it is still very much there.

Emmeline Clein said that in order to cope with the state of the world and their own mental illness, women are ‘interiorizing our existential aches and angst, smirking knowingly at them, and numbing ourselves to maintain our nonchalance’, describing what is known as ‘dissociation feminism’.

The tendency to believe that suffering makes you more interesting or funny can be attractive to women, particularly teenage girls. I myself have made many jokes about my own bad mental health, in the form of TikToks and in real life, to my (also suffering) friends. It’s a lovely feeling to belong, and it’s a good coping mechanism.

But there comes a point where it is no longer a joke, or a bit, or even a hot take. I found that out the hard way at the end of last year. By constantly referring to myself as being in my ‘Fleabag, Fiona Apple, Redscare Pod, Mitski era’, I spiralled until I was ACTUALLY in my ‘Fleabag, Fiona Apple, Redscare Pod, Mitski era’ – in the sense that I had a disordered relationship with food, was isolating myself everyday and had no energy to go to any of my classes or go out and see friends. I had willed my own suffering into existence by romanticising it. Not that I wasn’t suffering before, and obviously there are a variety of personal reasons why my mental health got worse, but the content I was seeing every day on my For You page was not helping. I was comfortable at my lowest point. It felt safe. I wanted to stay there, to prove that I was sick enough to be able to stay in this dissociation feminism, to stay a part of the club. 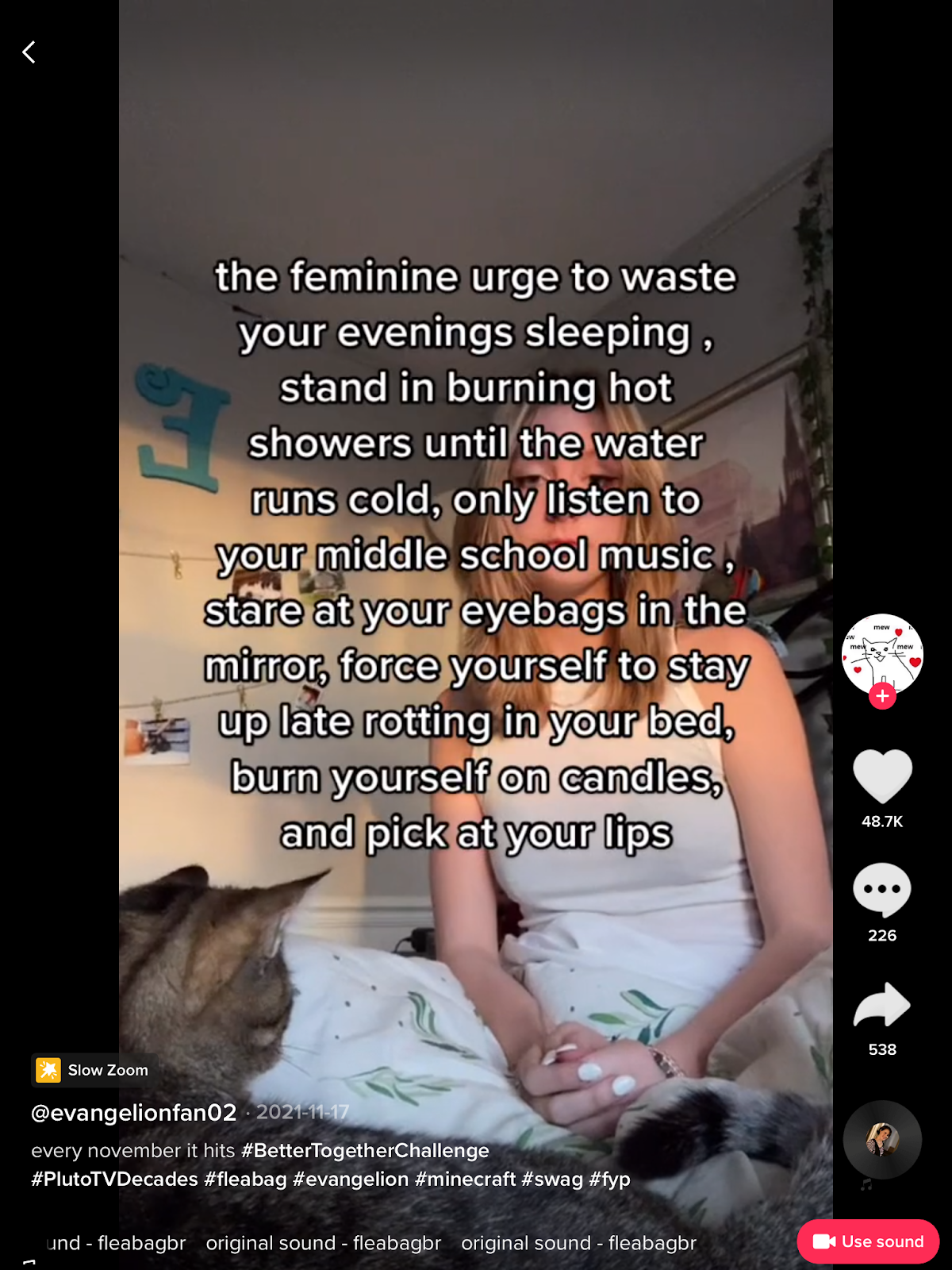 This is why I think the romanticisation of women’s suffering on TikTok is so sinister. The content is full of buzzwords that can easily get people hooked into the echo-chamber, such as Fleabag – a TV show I loved when I watched it in 2019 because of how the protagonist sends herself and her suffering up by breaking the fourth wall. Phoebe Waller-Bridge, the writer of the show, said that the character represented her fears about her own lowest mental point, saying in an interview, ‘If I look down into the chasm below, at the bottom was Fleabag, wearing lipstick and looking back at me. It was the worst case scenario. This spiral of self-loathing judgement.’ The idea, then, that being in your ‘Fleabag era’ is something to desire (even in an ironic, self-aware way) is so dangerous. Even Fleabag herself attempted to leave her ‘Fleabag era’ in the second season, telling the audience and her sister Claire multiple times that she ‘doesn’t do that anymore’ in reference to both self destruction and sex addiction. Coming out of my own ‘Fleabag era’ was the best thing I’ve done for my mental health.

I am a hypocrite though. As soon as I’ve finished writing this I’ll probably go straight back on TikTok. I’ll keep dying my hair red and reading seventies feminist literature and listening to Morrissey. I’ll probably keep joking about my own downfall. But I’m going to try and not romanticise it. I’m going to be a little bit more critical of the takes I see. I’m also going to drink lots of water and see my friends and keep my room tidy and spend an hour outside each day. When I see somebody complaining that they ‘miss who they were at their lowest point’, I’m going to remind myself that it’s really not worth being there, just to feel interesting, dark, and unhinged. I don’t want to be in my ‘Fleabag era’ ever again.