The Beauty Myth was first published in 1990 to international acclaim. Declared one of the most influential books of the 20th century, it bolstered Wolf’s reputation as a pioneer of Third Wave Feminism. A revolutionary book in its own right, The Beauty Myth undeniably transformed the way that feminists analyse what ‘beauty’ is and how it affects us all. But while it was certainly radical at the time it was written, is it still relevant today?

At the crux of the book lies Wolf’s convincing claim that ‘beauty’ is not about physical appearance so much as it is a tool used to entrench sexist social norms. As she writes in her Introduction, ‘The Beauty Myth is always actually about prescribing behaviour and not appearance’. She is very careful to elucidate that she is not concerned with whether individual women are thought to be beautiful or not, but rather with the systemic problems associated with holding women up to unattainable beauty standards. I like that Wolf does not (for the most part) point fingers at individual institutions, but rather focuses on analysing the wider social conventions that keep women obsessed with beauty. She is utterly convincing in her argument that women are taught to never be satisfied with the way they look and (as a direct result) are taught to seek validation from others. Moreover, her discussion of how keeping women obsessed with their weight and diet keeps them unhealthy and distracted in a very different way than it tends to affect men is also compelling. For example, while women are encouraged to obsess over weight loss, men are generally pushed towards bulking and building muscles; inherently furthering the natural inequalities in strength and fitness between the sexes. Finally, I think that everyone – regardless of gender – can relate to Wolf’s aggravation with people’s tendency to love one another for their superficial looks as opposed to their intellect or characteristics. While women are generally better represented in society today than they were in 1990, Wolf’s fundamental points about the dangers of conflating beauty ideals with socio-political norms still rings true, as we live in an era of mass pornography and endemic eating disorders.

I also think that Wolf’s respect for her feminist ancestors, so to speak, is admirable. I think there is a common misconception that Third Wave and contemporary feminists deride previous generations of feminists for their perceived lack of success, but The Beauty Myth is an excellent example of a feminist applauding the work of her predecessors. Wolf lauds the political equality that has already been achieved between men and women, then attempts to further integrate equality into more aspects of society. By calling the ‘beauty myth’ the new ‘Feminine Mystique’, Wolf obviously links her work to that of the feminists who came before her. Furthermore, Wolf includes men in her feminist analysis, from quoting John Kenneth Galbraith and John Berger to arguing that sexism is a societal norm, not a biologically entrenched axiom. Wolf is an example of an inclusive feminist who values all genders equally. Wolf’s astute example of how parenting and domesticity were generally believed to be emasculating until the 1960s proves her case that neither men nor women are doomed to be imprisoned by gender forever. 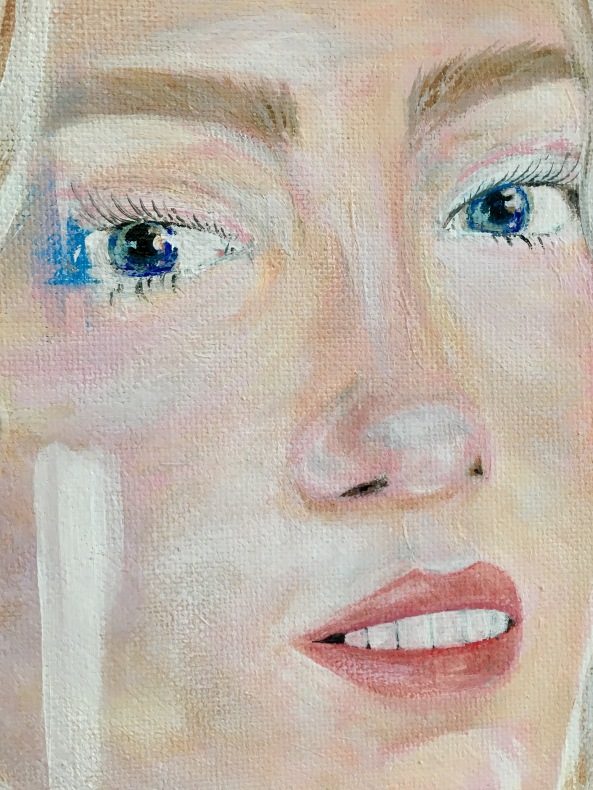 However, in some of her more specific points, I find Wolf’s work slightly outdated and inflexible. To take two examples of points Wolf made that have proven untrue over time, I would cite her opinion on the relationship between love and war and her attitude to religion. Wolf posited in 1990 that if society became more loving and men were allowed to be more emotional and caring, they would reject militarism and effectively kill warfare. However, today we live in a society in which – at least in the West – men are generally more affectionate than ever before, but conflict and war still plague us. Furthermore, it seems obvious to me that there are many more nuanced reasons that a man (or woman) may enlist in an army than societal pressures to appear masculine. While there is obviously still vast amounts of progress to be made in diminishing gender stereotypes, I think it is fair to assume that Wolf’s hopes for the end of warfare were naive and unrealistic.

Wolf reveals a similarly oversimplified understanding of religion. She equates women’s’ commitment to beautification (make-up, cosmetics, diet etc.) to a new religion. She tries to draw parallels between beatification and religious rites of passage, and associate female insecurity with the Biblical creation story. While I understand Wolf’s point that the extent to which women become consumed with trying to be beautiful can be equated with other peoples’ levels of religiosity, it could be perceived as insulting to genuine religious belief to equate a societal phenomenon with fundamental religious beliefs. I think that Wolf relies on a superficial definition of religion when she draws this parallel; religion is more than a set of deeply held beliefs, but (according to Wolf’s own argument, and luckily for us) sexism is not. However, the interesting link that I do think Wolf identified between the beauty myth and religion is the tendency to blame the ‘sinner’. Western religions are embedded with concepts of atonement for sin and the belief that it is never too late to repent. As Wolf astutely points out, women are the ‘sinners’ blamed for their ‘faults’ of being un-beautiful in our society. Advertising and media campaigns for beauty products often capitalise on this by telling women that they, too, will become beautiful if they just buy this product! While it is a great oversimplification on Wolf’s part to align religion with the ‘beauty myth’ in general, her point that both apportion blame to the ‘sinner’ for their faults is pertinent. The difference, however, is that sinners can achieve repentance, while women are never allowed to feel sufficiently beautiful.

On the whole, The Beauty Myth is an engaging, hard-hitting book that I would highly recommend to everyone, regardless of gender. While I do not think that all of Wolf’s assertions have withstood the test of time, her book is still brave, thought-provoking and enjoyable. Her argument that the beauty myth keeps women insecure and self-hating is a compelling one and leads to an exciting conclusion that trying to undo the currently pervasive beauty myth will improve the lives of both men and women.