Tessa Lloyd explores the narrow-mindedness of the UK asylum system.

Anyone interested in the plight of asylum seekers will be, by now, well-versed in the many challenges that displaced people have faced in their respective journeys to find safety. Current migration statistics are at an unprecedented level, with approximately 65 million people displaced from their homes. A large amount of the attention that these refugees receive centre around their actual migration – their search for safety – rather than what happens once they arrive in a ‘safe’ country. What is certain is that, even within such large numbers, no two stories of people seeking asylum will be identical – simply because no two people are identical.

Upon arrival in a country, the asylum seeker is comparatively unlikely to face blatant opposition or discrimination from any hard-line or far-right group. Challenges are likely to be far subtler, perhaps even found within the institutions and organisations meant to protect them. The fact is that it is incredibly difficult to get an asylum claim accepted in the UK. Certainly, the Home Office has an almost impossible job, but the flaws embedded within the system is proven by the statistic that 41% of appealed asylum claims in 2016 were later overturned by the courts because of their fundamental mistakes. Ours is an exasperatingly slow system, with people being left in limbo, unable to work or put down roots for years. Due to a lack of housing, people are often sent away from big cities where their lawyers and court appearances are based, and so when they cannot return to the cities because of a lack of funds, their asylum claim is heavily compromised. Perhaps most detrimental to their mental health, they also have to suffer from the constant threat of detention or deportation. These flaws do not stem from a lack of good intentions – nor are they solely due to the high volume of claims made. They are, in part, due to the fact that our asylum legislation does not sufficiently cater to the diversity of refugee experiences.

Displaced people are too often defined by their refugee status, and, in the media and wider national consciousness, this reduces their entire identity to that of an ‘immigrant’. They become a faceless mass, and so are vulnerable to anti-refugee sentiments which do not acknowledge their trauma. If their story does not exactly align with the presupposed definitions of trauma and displacement, they are vulnerable to not being believed, or having to adapt their story so that it ‘fits’.

Inevitably, there are innumerable sociological, psychological, ethnographical, religious and gendered elements to a person that may impact their ability to seek asylum ‘properly’, and then to live happily or harmoniously within a country and even within a refugee community. A skilled labourer who cannot undertake the only kind of work that he knows will be limited in his ability to claim that he would be ‘helpful’ to his new country. Some people may have more difficulty accepting charitable assistance due to their pride in previously being their family’s breadwinner. A disabled refugee might not be turned away by our amazing NHS, but fall victim to administrative difficulties which prevent them from receiving the long-term help they need.

Since rape and sexual assault is tragically still a ‘tool of war’, many refugees, especially women, have fallen victim to assault and exploitation. Such abuses are challenging to sufficiently ‘prove’ for an asylum claim, and, as a result of the enduring stigma around rape, the individual may also face ostracism from within their own communities – even in a refugee community. Two asylum seekers might be from the same country but from different ethnic, political or social groups and hold different ideological standpoints, which could inhibit their ability to get along. Having suffered trauma does not make a person perfect, and sometimes the psychological toll of their traumatic experiences will impact an individual’s ability to understand or help others.

Given the innumerable differences between each person’s story, it is inevitable that our asylum legislation, which tends too often towards a ‘one size fits all’ approach, is inept and damaging, both to the individual and to our wider society. People who are seeking asylum are just as imperfect and brilliant and complex and exasperating and intelligent as any UK citizen; in short, they too are human. Of course, the government needs a legislative process and needs to regulate and monitor those who enter the country, but it is a system that is currently too ‘tick-box’, centred around statistics and quotas rather than morals. As such the Home Office often fail in their role and sadly end up further dehumanising some of the world’s most vulnerable people. 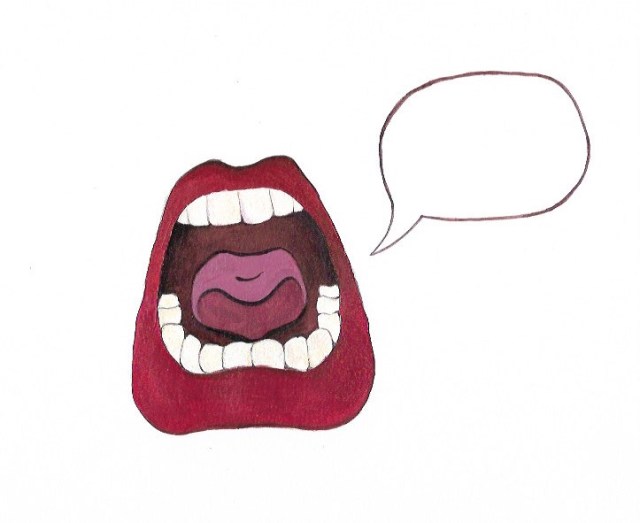 To be truly productive in assisting marginalised and displaced people, we must expand our conception of what it means to be a ‘refugee’. Acclimatisation charities and processes must acknowledge the differences between people, and their subsequently disparate needs. This change will stem, not least, from people like us students, who are interested in human rights and migration. Pressure on MPs from their constituents has, in the past week, led to the successful passing of the first stage of a Family Reunion Bill, which aims to positively impact families separated by asylum difficulties – this is just one example of how we can make a difference.

There are many ways in which people can learn more about individual refugee stories aside from the media. University societies like Amnesty International and Bristol STAR offer lectures and events run by incredible charities, and campaigns which will educate us to various ongoing difficulties. Literature by displaced people, or people who have worked for NGOs, are very productive sources, too, as they offer a direct insight into people’s experiences and their variety. Dave Egger’s What is the What tells the semi-autobiographical story of the ‘lost boy’ refugees from Sudan. Exit West is a new book by Mohsin Hamid that has been released recently to widespread applause and tells the story of the refugee experience through the lens of a love affair. Say You’re One of Them is a collection of short stories by Uwen Akpan, that recalls the disparate experiences of various African refugees. There are also many events outside Bristol led by activist groups that attempt to return the voice of migration debates to the displaced individuals, such as the Refugee Tales Walk in July 2018, which will call for an end to indefinite detention.

Many people seeking asylum may feel as emotionally adrift in their new country as they were physically adrift whilst migrating. I urge you to actively go out in search of different perspectives on human rights issues: empathy must be practised and developed to include even those it seems less obvious to empathise with.