Technology infiltrates all aspects of our lives. It wakes us up in the morning, keeps us in contact with hundreds of people, delivers us food and gets us to where we want to be. Like many people, I’m totally dependent on my smartphone and constantly in awe of what it is capable of. But it is fair to say I know absolutely nothing about what lies behind that shiny screen. The answer is about 75 different elements (human life is made up of only around 30), ranging from silicon and lithium to gold. It seems pretty innocent, doesn’t it?

However, that blend of elements includes four rare-earth minerals (gold, tin, tantalum, and tungsten) known as ‘conflict minerals’. Half of these you probably haven’t even heard of before – but they have dangerous potential. Sourced in conflict zones, these elements are sold to perpetuate violence. Their impact is particularly destructive in the Democratic Republic of Congo, where they have helped to fund conflicts since 1996. Although the Second Congo War was formally resolved in 2003, the BBC reports that the eastern part of the country is still effectively lawless, and is run by upwards of 10 distinct armed groups. The troubles of such a distant country may seem completely removed from our own lives, but, unfortunately, conflict minerals often end up in our own tech, meaning we, too, are indirectly funding this conflict.

You’d hope that technology companies would know where they are sourcing their minerals from. The truth, though, is that often they are more than willing to turn a blind eye. Take Apple – who, in 2014, declared its tantalum suppliers were not funding the conflict in DRC. This was an important step forward, even though they acknowledged they couldn’t make the same claim for other conflict minerals. However, due to smuggling and corruption, we still cannot be sure that the tantalum in an iPhone isn’t funding a militia group. Neighbouring Rwanda exports similar levels of tantalum to the DRC, although it is widely accepted that this is more than its own deposits are able to provide. NGO Global Witness has also picked up on Rwanda’s production of ‘white coltan’, which is only mined in the DRC, further suggesting that the DRC’s minerals are smuggled into Rwanda by armed groups who then profit from it. Steve Jobs said in 2010 that ‘until someone invents a way to chemically trace minerals from the source mine, it’s a very difficult problem’. So far no one has invented such a technique. It’s not good enough to just accept that using some conflict minerals is inevitable and there isn’t anything else we can do, especially when it adversely affects so many people’s lives.

The war in DRC has been devastating for its whole population, but it has particularly targeted women and their bodies: so much so that the DRC is also known as the ‘rape capital of the world’. Rape has been used as a weapon of war for decades in an attempt to destroy the fabric of local communities. As Ruth Maclean for the Guardian writes, ‘Insecurity suits these groups, and systematic gang rape engenders deep insecurity’. Augustin Augier, from Rutshuru hospital, writes that many women are too afraid to sleep in their own homes, choosing instead to sleep out in the bush where they are vulnerable to disease and weather. It is also reported that hospitals have treated girls as young as three. As usual, it is difficult to get hard statistics on the prevalence of sexual violence against women. A study in 2011, published by the American Journal of Public Health, claimed that 48 women are raped every hour in the DRC, although the UN believe these figures to be conservative. Some have even defined the conflict as a war against women and their bodies. 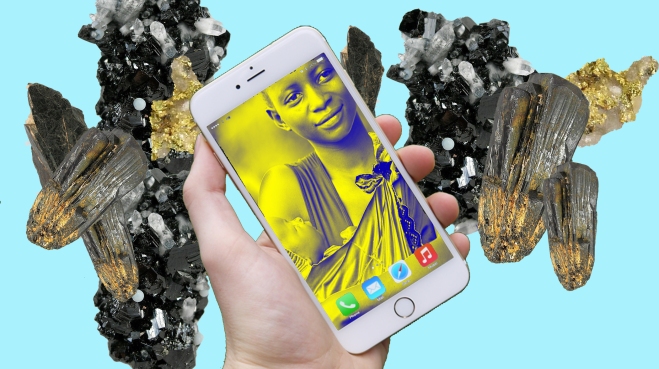 We don’t want to be funding this war on women, or any war at all. The easiest way to avoid that would be to stop buying iPhones or for Apple to stop sourcing minerals from the DRC – but this would be damaging to the legitimate miners and their families, whose livelihoods also depend on the sale of those minerals. What we need is the encouragement and nurture of responsible mining that does not perpetuate violence.

We also need to spread awareness because, frankly, who knows what’s in an iPhone, or where it came from? We also need new laws about the use of conflict minerals, because the current ones are just not doing enough. In the US, Section 1502 of the 2010 Dodd-Frank agreement requires companies to carry out ‘supply chain due diligence’. In practice, US companies are allowed to be funding a deadly conflict in the DRC as long as they report it. The legislation in the EU is even weaker, since it only applies to importers, meaning end-users of these minerals are left unregulated. This is inadequate and unacceptable.

In a global capitalist society, we are encouraged to feel alienated from the source and realities of where our products come from. It is our responsibility, as consumers, to educate ourselves about the implications of what we buy.