Is women’s pleasure being left out of the conversation on consent? Flora Derounian says its time we thought more about its implications.

“I feel like there’s no one left in entertainment to like”. These were the words of a male friend (and die-hard Kevin Spacey fan) when the Aziz Ansari sexual misconduct case was brought up. This thought was accompanied by a shrug and a sigh and the unsaid implication that women are robbing society of its entertainment for what – justice?! With every star that has fallen to the #metoo movement, we have seen people rush to frantically gather evidence which might prove that their favourite misogynist isn’t really that. Until Weinstein toppled we said, “he’s a hustler”. Until Louis C.K. tumbled we said “they’re just jokes”. When Ansari was put before the jury, all I heard was “that’s not rape though, is it?”.

This article isn’t about finding Ansari guilty – and we shouldn’t ignore the pretty shady ethical process by which this story emerged – it’s about asking what the accusations and the subsequent conversation tell us about our understanding of consent.

Let’s lay out what we know: Aziz Ansari, creator and star of Master of None, and Refinery 29’s “woke bae”, was named and shamed in a piece published on Babe. His accuser, alias Grace, recounts a sexual encounter with Ansari in which they flirted, texted, dated, kissed, and then engaged in sexual contact. The sexual contact was, according to Grace, mostly unwanted, and at times fairly forceful.

So, to return to that pressing question: “that’s not rape though, is it”? Rape in the UK is defined as penetration of the vagina, anus, or mouth with a penis when consent has not been given. Sexual assault is when a person, without consent, touches another person without penetration, penetrates a person with fingers or another object, indecently exposes themselves, makes sexual threats or attempts to rape a person.

Again, this article isn’t about finding Ansari guilty, it’s about asking what the accusations and the subsequent conversation tell us about our understanding of consent. The thing which distresses everyone I have spoken to about the Ansari case is what consent looks like. Written just beneath the headline response, “that’s not rape though”, is the unsaid subtitle, “are we going to start calling bad sex rape”? We can almost hear participants in the conversation rifle through their own sexual histories: “when I wasn’t into it any more but I felt rude leaving, was it–?”, “when they pushed me away but then let me go further, did I–?” 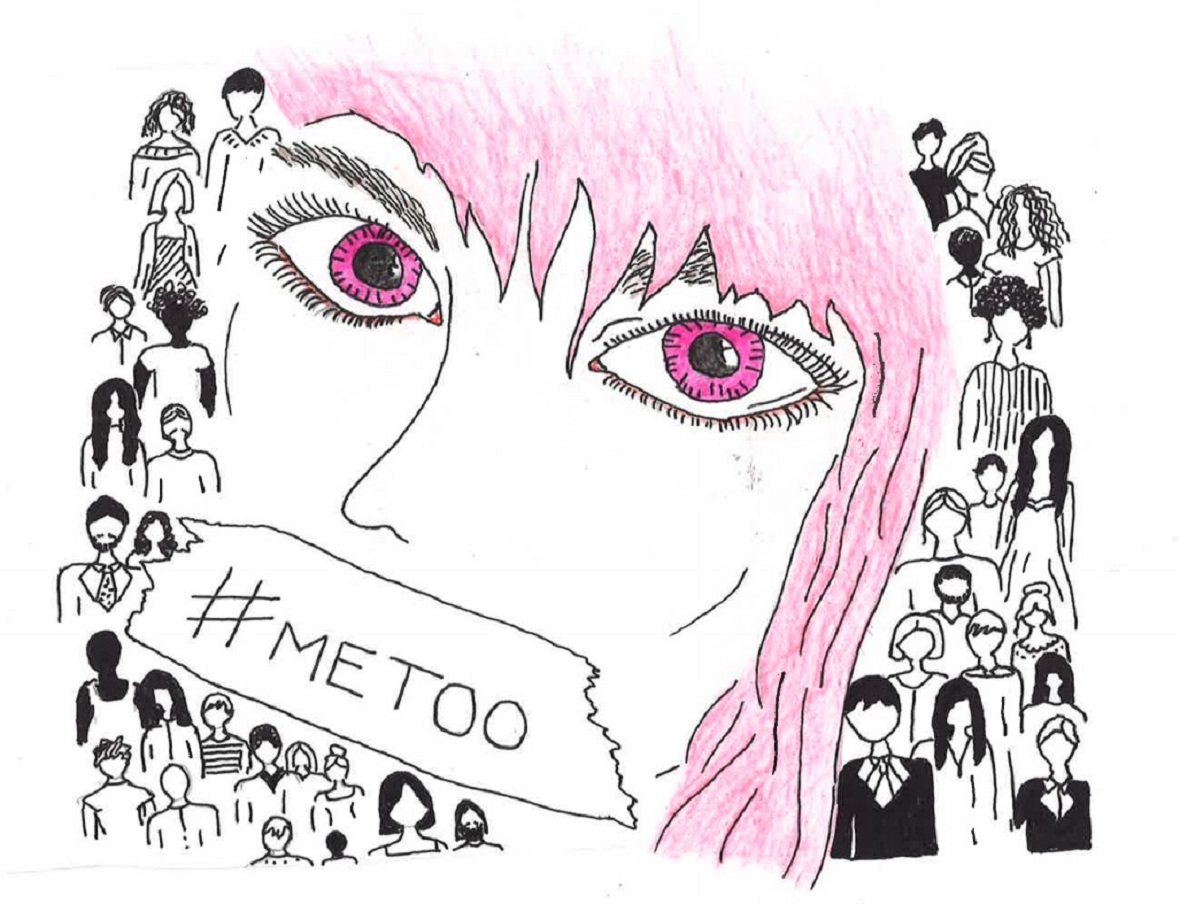 When the explosive story Cat Person was published in the New York Times, I marvelled at how it opened up a conversation about the confluence of female pleasure and consent. The protagonist of Cat Person stops enjoying her sexual encounter even before it begins, and we, the reader, cringe because we know it. But the male character, and all of the men he is supposed to represent, they don’t know. How could they know? This is what they ask in pubs and on forums and through angry think pieces. We squirm when we read Cat Person and the Ansari story because we know that when a woman stops enjoying sex and the man carries on regardless, we enter the murky grey dilemma of consent and non-consent.

Then the question: when another person stops responding, expressing pleasure, encouraging, engaging, why not ask? “Is this ok with you, are you enjoying this?” The most eye-opening revelation the Ansari case has produced for me came when I made this suggestion to a male, heterosexual friend. “What are men so afraid of?” I asked, exasperated. “That the woman, who was totally into it, would suddenly change her mind if queried?”

“I honestly think that is what some men are afraid of,” was his response. The Ansari case is just allegations, but we can’t ignore the swathes of women and men to whom both this, and the Cat Person story, have spoken, and provoked reactions of #metoo.

Perhaps the Ansari case tells us that in sexual encounters men expect to have to be assertive, pushy, single-minded. Perhaps it also suggests that we need to start talking about the role of pleasure in consent. From my school days I have been immensely frustrated by the British aversion to talking about pleasure. Sex education was purely biological, pleasure was for porn, and then it wasn’t for women. Is it surprising that heterosexual men don’t know what consent looks like, when they also don’t know what female pleasure looks like? Is it surprising that women feel violated after a hook up, when culture tells us their role in a sexual encounter is to look good and arouse their partner? Why aren’t we talking about female pleasure?

The University of Bristol decided this year (and contrary to previous years) not to run sexual consent workshops as part of Welcome Week. The problem with running them, it was argued, was that some people might feel triggered or targeted. Triggering and trauma are legitimate concerns, but surely there is a way of including a real discussion about consent whilst avoiding these. Scientists have just suggested that adolescence actually only ends at age 24. We need to be helping young people discuss and understand sexual consent and pleasure as part of the essential learning which will accompany them into adulthood. Because if the Ansari case suggests anything, it’s that knowing how consent is defined isn’t the same as knowing what it looks like.