Lucy Russell responds to controversy surrounding the casting of Jodie Whittaker as the new Doctor, and explains why those who can’t handle a woman Time Lord need to hop in a TARDIS to the 21st century.

Since the BBC announced that Jodie Whittaker is to succeed Peter Capaldi as the new Doctor, social media has been set alight with controversy over whether or not this ‘shock move’ has been a good decision. It seems to me a brilliant decision; Jodie Whittaker is an incredibly talented actress who has the added merit of having worked previously with the show’s new writer, Chris Chibnall, on the BAFTA award-winning drama ‘Broadchurch’. Both talents seem perfectly placed to give the show a fresh dynamic and take it in a slightly new direction – which seems to be what a lot of fans were hoping for.

As to whether or not a woman Doctor ‘makes sense’ or is ‘feasible’, it feels faintly ridiculous that an audience who are happy to buy into pretty much any outlandish fantasy or imaginary character should find the concept of a woman Doctor so absurd. From the many previous seasons, we know that the Doctor is an alien with the ability to regenerate and change their age, accent, personality and almost every discernible physical trait; it makes sense that they could also become a woman. 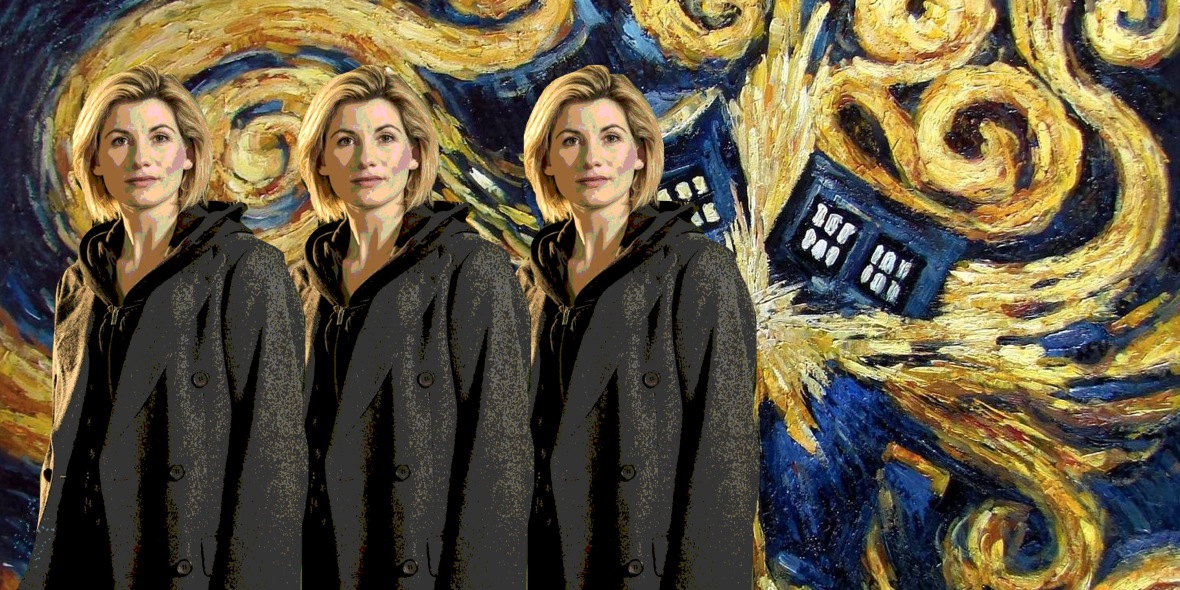 While the news of a woman Doctor is in many ways incredibly exciting, some of the reactions it has evoked are disheartening and confusing to see. Former Doctor Who star Peter Davison has said that Whittaker is ‘taking away a vital role model for young boys’. Davison’s concern over the lack of white men in major TV roles seems pretty absurd considering young boys have already had 50 years of male leads on Doctor Who to act as role models, and hardly have to look far to find others. It is also quite exciting to think that Whittaker could serve as a role model for young actors of all genders, on the basis of her stellar acting ability and not solely her gender. After all, sometimes boys do need to move over to make room for a girl who is simply more suited to the job. Classic comments that this is a ‘misled’ move to switch the gender of established characters, have been very revealing when it comes to public discomfort at seeing women take the place of men both on screen and elsewhere.

It is fair enough to say that we should be writing more new women leads rather than resorting to changing the gender of established male characters, but these two things don’t need to be mutually exclusive. Historically, the BBC has been better than most media corporations at employing women writers and producers (despite recent news showing they are paid about 10% less), who naturally seem to create stronger, more realistic and more complex on screen portrayals of women, which should obviously continue to be a priority. However, so many of the most iconic leading roles in film, television and theatre that currently belong to men could quite feasibly be played by women as there are no traits relevant to these roles, or really at all, that are inherently ‘male’. In fact, if there is one iconic role that could just as easily be played by a woman as a man it’s the Doctor, a role that is famous for being reinterpreted and played almost entirely differently by every new actor that takes it on. This leaves Whittaker with an almost entirely blank canvas to work with in terms of how she chooses to portray the character.

It is so fundamentally important that we have better representation of women in media, a place for women to be heroes as well as companions, that it seems almost unbelievable how much backlash this decision has received. In a sci-fi show that represents ‘progress’ and technological advancement in so many ways, it seems natural that the show should be progressing in other areas such as gender equality, and that isn’t something that we should be needing to make ‘palatable’. The most interesting thing now will be to see who is cast in the role of the Doctor’s companion, replacing ‘Bill’, Capaldi’s gay, black sidekick from the last series. Kris Marshall has been rumoured to be joining Whittaker, but I for one would be hugely disappointed to see Whittaker taking to the Tardis with two white men by her side. It’s all very well to herald the new woman Doctor as ‘progress’ which it most definitely is, but it’s also the bare minimum of progress that we should expect. Incremental change is still change, but we need to remember that putting a woman at the helm of a ship doesn’t make it remotely diverse or representative, it just takes it a tiny bit closer.