Yesterday morning, I – the daughter of an Irish engineer and a Spanish teacher – bought a coffee from an Italian barista and listened to a lecture given by a Brazilian academic at a British university. I type this on a laptop made in China, listening to an American pop artist, sitting on a chair designed in Sweden, wearing a jumper made in Turkey. Our world is now undeniably interconnected and it is only going to get more so from here on out. So naturally, as my Facebook feed filled with the news that Theresa May had triggered Article 50, I rejoiced for the future of this green and pleasant land. At the dawn of a new era, I thought I would spend a moment pondering what Brexit is really about.

Surely Brexit is, at its core, about taking back control. Oh happy day, we will finally be able to refuse entry to our country of thousands of young, educated workers who really are the fuel of our steadily failing economy, all in the name of principles. And of course the process of leaving the EU, the Brexit deal May is negotiating for us in a transparent and well-thought-out way, is one we have so much control over. It is not even slightly rash that the government is charging forwards with the results of an advisory referendum so closely tied in result, that Farage himself said had it swung the other way he would consider the jury out. What’s more, I’m sure certain newspapers’ one-sided, propaganda-filled coverage in the run up to Brexit made British people so able to make informed decisions. All in all, Brexit is a process that is making ordinary British people feel like they have so much control over where their country is headed. 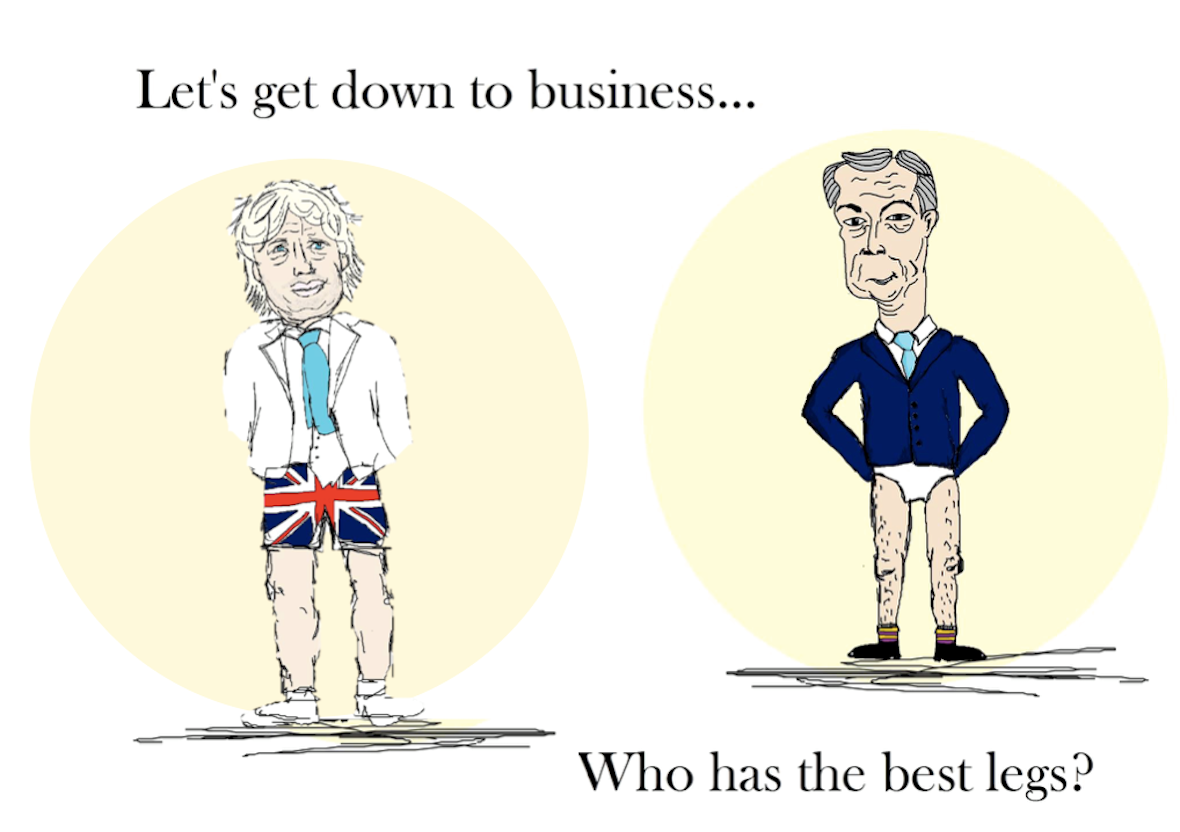 If not about control, then Brexit is surely about defending British values. Tolerance, democracy and equality – these are the principles our great nation is built on. That is why as a gay, female, second-generation immigrant I have never been made to feel unwelcome at the hands of any British person ever. As sexism and homophobia are so foreign to Britain, I have never been groped, catcalled or subject to any sort of homophobic abuse. And as tolerance is the reason we voted Leave, I’m sure the subsequent spike in hate crimes was a total coincidence. I’m sure it was not even slightly fed by an intolerant media constantly scapegoating immigrants as being responsible for the collapse of the NHS, the UK’s unemployment rates and probably the recent substandard quality of crème eggs. In fact, the whole thing is definitely a lie made up by Remoaners. On the subject of Remoaners, I’m sure the media declaring anyone who has qualms about the consequences of Brexit ‘enemies of the people’ and ‘traitors’ is a sign of well-functioning democracy that values freedom of speech.

But of course, never mind Brexit – it’s really about ‘legs-it’ or whatever equally sexist and demeaning headline the Daily Mail dream up for tomorrow morning’s front page. It truly gives me hope knowing that if I am ever in a position of power, the choices I make will be reduced to 15-dernier tights, high heels and having curves in all the right places. In fact, at the crux of current affairs is the brand of trousers May wears whilst signing away the rights to life in Britain of thousands of people. It’s almost like our media is patronisingly downplaying the damaging and prejudicial choices our Prime Minister is making, in the name of objectification.

In all seriousness, what Brexit seems to be about is refusing to face up to what Brexit means. From calls to criminalise being vocally pro-Remain to the heavy media coverage of May’s collection of pencil skirts, it’s all getting a bit out-of-touch with reality. Brexit is really a storm of media sensationalism, anti-immigrant rhetoric and xenophobia. Brexit is really about a divided country where both sides are being pitted against each other. Brexit is really about the dangerous effects of austerity and deindustrialisation clashing with a media that pins the blame on immigrants. What we need to do is remedy those things – educate, find common ground, build a more balanced media. And above all, can we all start taking Brexit seriously?