With online feminism providing spaces to aggressively challenge oppression, shyness and social anxiety can make it hard to translate this kind of activism into real life actions. Mollie Chandler explains.

It may seem a little of an understatement that the education and understanding surrounding feminism and gender equality has, thankfully, increased. Our consistent exposure to social media has had a considerable impact. Facebook, Instagram, Twitter, Tumblr: these are all platforms where it is acceptable to speak out and where our voices can be heard. Celebrity feminism has also increased awareness.  With notable figures speaking out about their own experiences, we are given unlimited access to material that configures our own opinion. This online community gives us a sense of confidence in our own beliefs.

However, it can sometimes be difficult to match our vocal presences online with our voices in the real world. As Black Mirror has shown, we find it much easier to voice our opinions behind the protection of a screen.  There are fewer immediate consequences to sharing your opinion online, whereas the real world presents the threat of confrontation when we raise our voices. And for some, whether they feel acute shyness or social anxiety, the concept of this confrontation is terrifying.

What then, when it comes to feminism?

The difficulty between inward belief and outward speech is an incredibly hard tightrope to balance and is one that I relate to personally. Ever since I started school, parents’ evenings were only ever a discussion of my ‘quiet nature’. I’ve always held strong beliefs, particularly regarding my identity as a woman, but they were beliefs I kept to myself.

It’s a tension I’ve increasingly noticed on nights out. Perhaps it’s my own paranoia or perhaps it’s just copious amounts of gin, but I often feel increasingly intimidated by men in clubs, both verbally and physically. But yeah, I admit: I have never confronted anyone or spoken out about it. Despite my feminist principles and my desire not to be categorised as ‘fresh meat’, I say nothing. I’ve come to doubt myself. When we are constantly encouraged to be brave and loud online, my shyness in the real world makes be feel unable to stand up to pressure and causes me to question myself. 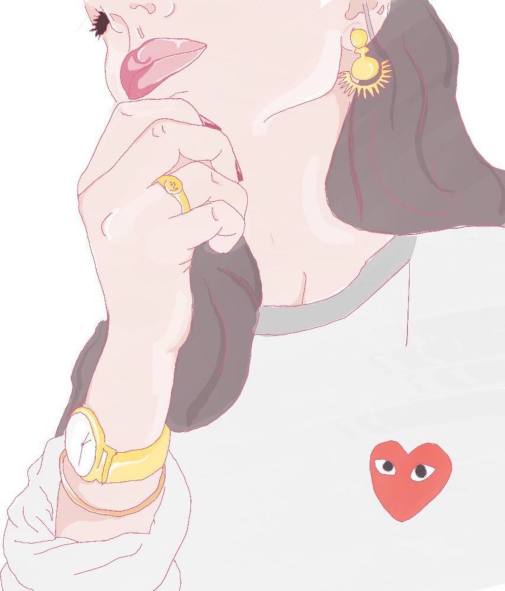 Yet at the same time, I don’t want to feel like I should be ashamed. Speaking out is something incredibly difficult to do. Online platforms have made this easier, but now it seems like you have to confident, argumentative to be a feminist in the internet age. We are almost bombarded with opinions, and there seems to be an ever increasing mentality that these are views that need to be aggressively argued, rather than debated. Speaking up is important to having our voices heard and addressed. But at the same time, we must respect those who find it difficult.