August 30, 2016 • twssmagazine
Sometimes I miss your hand to intertwine mine into.
The feathery laced finger-like twigs, so delicate and thin, sit alone, fragile as glass and just as cold.
I miss that hand for aeroplane ascents.
Your scent is what I miss.
In a world controlled by gravity I drop due to a lead heart as we rise from the ground,
defying biology and embarking on another journey.
Enriched by physics that I do not understand, engineering a design to fly, quite literally,
not on the metaphorical wings of love that I know to fail all too well.

Rising into ecstasy within the memory of so many months ago
and yet I still do not know how to forget our crash, unsure if that now represents how we met or how I left.
How odd it is the way that memory clings like film around sweaty sandwiches that we would rather not digest,
ruminating on the pain of yesterday, focusing on what we lost rather than what we have gained by the bravery of the change.
Freedom.

Remembering at these heights how I let you inexplicably diminish me, undesired to the point that I too became ill.
Ill-acquired to cope with turbulent emotions, thrust through time in the moments ahead of me.
Above me, the screams of doubt brush my face harshly like the air blowing down from the panel.
I wait for the release not only of my seat belt.

I feel haunted by the ghost I raised from the death of the summer fling
when wintry disease gobbled up what remained of a festering waste.
I seem to have left us when we needed me most and it is that ghost that haunts me, taunts me and flaunts possible realities in front of me
so that I am stilled by questions unanswered and inexplicable regret as I ask again and again how to forget.

Frozen in the ‘then’ which I know is no longer the ‘now’ and how I wish to be free of this prison-like chamber,
to scream louder than a bird’s cry as an empathetic warning to its prey.
Clouds swim constantly around my head to remind me of what you said.
Dizzy, seasick and grimly re-living the past.

Unlike the bird this plane is now, my bones are too heavy to soar under the clutches of pain and boring display of past love.
My wings have grown but I am still a woolly duckling unable to move on.
I know that you lie in a green pasture that I’ve already made my home.
I know that type of thrill of living, of being alive and I liked it and desire it again sometimes.

The power of what I once loved allows me to gobble cowardly into the past, projecting a false reality.
It is easier than committing to a new fling, investing in a desirable outcome of the next best thing.
Either way, it is imaginary and I need an end for both ways of living by moving on.
Past is now the present and my time for presents has passed, disappointingly and celibate.

So my flight carries on forward into the past of memories that my mind recreates for me so that the only escape is sleep
although even dreams are cruel masters when I am in their keep.
My flight carries me over seas and steep old mountain peaks to a land of opportunity
without you.

Passively, like the infant I was and crave to be, cared for by these wings,
we descend to a new-found land to start the adventure of the ‘me’ I’d forgotten, the ‘me’ without you, separate and new.
The me I always wanted to be.
Young and bold, I fold back into the shape of the seat. Like origami, I fold into the one mould I always form.
Myself. 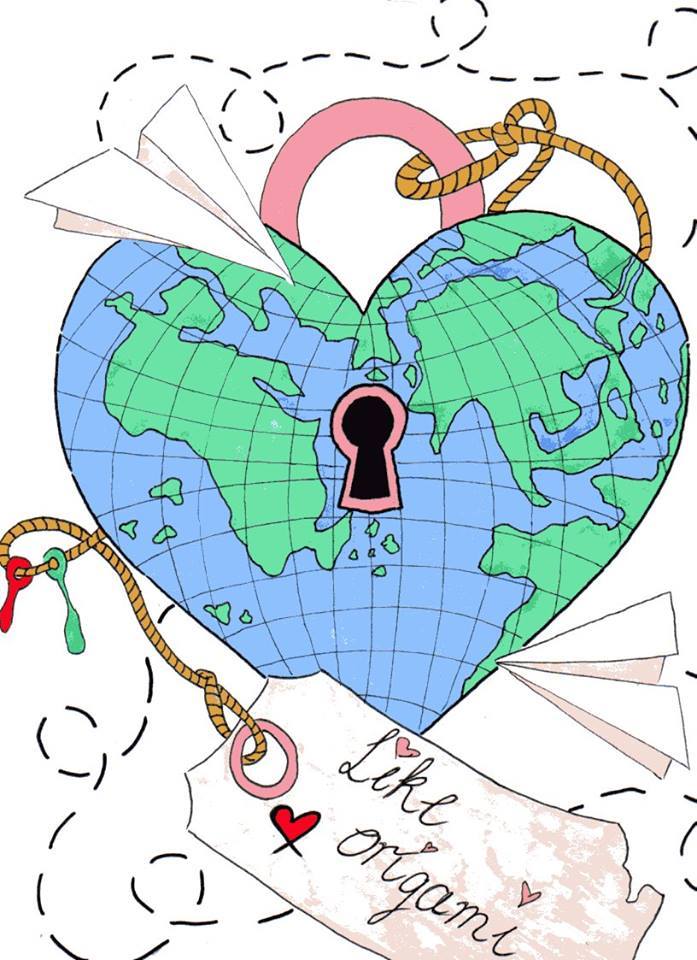