The impact of the Syrian conflict on women can be traced to its very birth. Many women took part in the anti-government protests that led to the drastic self-implosion of a nation. Their hunger for reform was rewarded with brutality from the reigning government; they were among the first women to be affected as female protesters, end up behind bars, beaten, savagely interrogated about possible links to rebel groups, and later released to a very different Syria than the one they had left.

Just over 20,000 women have subsequently been killed in the conflict which arose from these protests. The conflict which has reduced Syria to scraps of fragmented, at times besieged, territory ‘belonging’ to any one of multiple sides.

Sexual violence has skyrocketed within Syria, as routine rape, used as a weapon of war, is documented to have been used by all sides of the conflict. The Atlantic reported that gang rape occurred in 40 per cent of reports about women. This is disastrous for a society that traditionally sees honour as a sacred value, tearing up the threads of social fabric. Rape, and with it the spectres of shame and rejection, is among the primary causes of families escaping Syria.

Refugees repeatedly speak of the volatility of survival itself in contested, besieged areas such as the capital, Damascus. The phrase, ‘We were gambling with our lives every time we walked out of our front doors,’ is heard, over and over again, in refugee interviews. Many women valiantly remain, grappling with financial insecurity and the ever-plummeting value of the Syrian pound, and upholding the fragile education system that still exists in some places.

The relative ‘peace’ that hesitantly reigns in the parts of Syria that are Daesh strongholds has its own restrictions: in 2016, two women wearing hidden cameras took to the streets of Raqqa, the self-proclaimed Daesh ‘capital’. They revealed a world where even the women’s faces on boxes of hair-dye are obscured by a choking black marker.

As of the 4th April 2016, the UN estimates that 75 per cent of the 4,815,444 refugees from Syria are women and children. Shielding family and escaping violence, they make their blind way to anywhere they can begin to restore a sense of normalcy amid what has been called the greatest ‘humanitarian test’ of our time.

In the five years since the revolution broke out, most Syrian refugees haven’t made it far. Some try to resettle in the already over-populated neighbouring countries of Jordan, Turkey, Lebanon and Egypt. Poorer refugees end up in camps in these countries.

In this new environment, a next set of questions comes up for women, who often are the sole providers of a family and yet are ripped out of capacity as caregivers. Despite an escape from war, violence persists in their world: the tight conditions in camp tents have led to a rise in domestic and sexual abuse, perpetrated by frustrated men.

In refugee camps, villages and cities around the region, financial insecurity exposes refugees, especially women, to exploitation at all levels. As wants and needs become indistinguishable from one another, vulnerability increases. And where vulnerability exists, others see opportunity.

The phenomenon of ‘Syrian war brides’ has been recently covered in the refugee camps of Turkey and Jordan. Extreme poverty has led to families giving away young girls early (between the ages of 14 and 18) to older men within the community who are able to provide for them.

Zeina, a mother who had married off her unwilling daughter to her cousin for protection, told Al-Monitor news agency, ‘it is really hard to be a Syrian woman over here… Please don’t judge us.’

However, marriages faced by female refugees in the region arguably take a higher toll than community camp marriages. In Egypt for example, which hosts a Syrian refugee population within its cities, single women’s needs are being taken advantage of as their options dwindle and jobs are hard to find: Monitor has reported the phenomenon of Syrian marriages with much older Egyptian men in exchange for shelter, rent payment, and even food. Whereas marriages within a Syrian camp community can afford some measure of protection, these marriages are often polygamous and are more likely to be temporary, leaving the woman in a worse situation than before.

Human Rights Watch interviewed a dozen Syrian women in 2013 who had described being ‘groped, harassed and pressured to have sex’ in Lebanon. In early April 2016, Lebanese police dismantled the country’s largest known sex trafficking ring, which was found to be composed of mainly Syrian women.

Tara is a 20-year old student who was on the verge of graduating from a Tourism degree in Syria when the war broke out, and is now making ends meet in Lebanon with her family. She is fiercely bound to the idea of Syria as part of a rich Arab culture, whose past and present can both be reclaimed. She told Amnesty International, ‘I often think of Syria as a magic book full of adventures and stories about history and love and war — and I wait for the day this war will end and become a story.’ 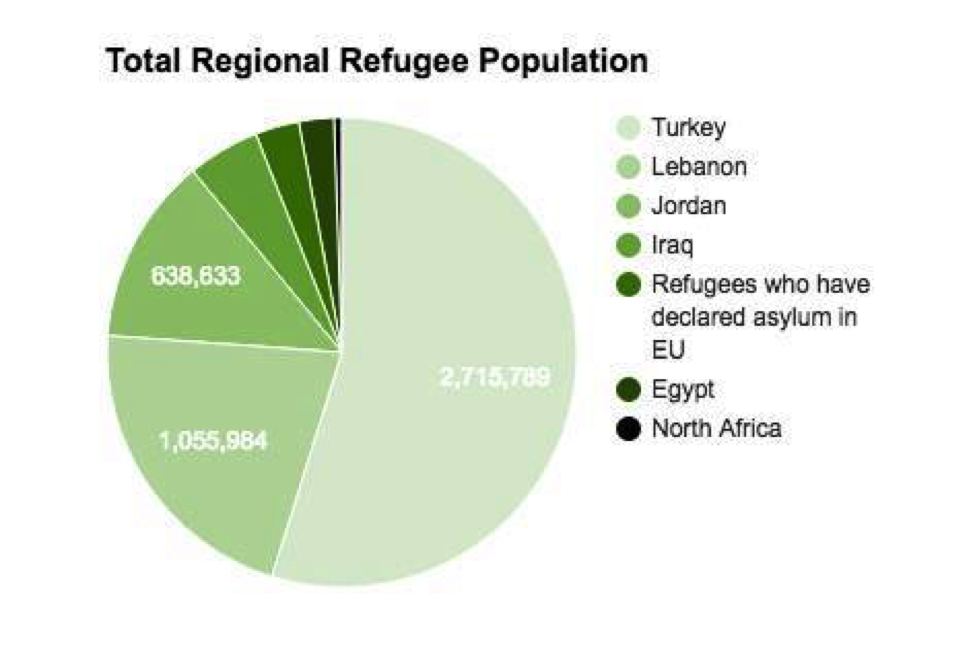