We discuss the recent Department of Education’s blatant ignorance and defiance of teachers reporting sexism in schools and why we need to stop ignoring it.

As reported by Laura Bates for the Guardian, Mary Bousted, a former teacher and general secretary of the Association of Teachers and Lecturers, spoke out about sexist school bullying. Bousted claimed that girls were prevented from participating fully in the classroom, and was looking for answers, support and a way to tackle the problem. She described that girls felt pressure to ‘keep quiet and listen to the boys talking.’ What Mary Bousted did not expect was a tweet from the Department of Education itself calling her a liar:

@educationgovuk: Story from @ATLUnion with no evidence is why sexism still exists. We should be celebrating the achievements and talents of women and girls.

Bousted and the ATL Union have been accused of causing sexism, by reporting sexism. No one is suggesting every single child experiences the same problems, or responds to the same problems in the same ways. Of course we should celebrate achievements of women and girls. But how can we celebrate women when we refuse to acknowledge abusive behaviour towards them is going on? At a time when teachers and unions are tense due to the government’s plans to academies all schools, this kind of deliberant ignorance from DfE, demonstrates the point many teachers are making: the government is not doing enough to tackle sexism in school. (Follow #ATLCon2016 on Twitter to see teachers criticising MP Nick Gibb on these points).

But Bousted wasn’t out to smear the government or the Department of Education. She describes simply an atmosphere that includes sexist bullying, girls being peer pressured to appear attractive and compliant rather than clever and confident, sexist name calling – on social media and in real life. Anyone with half a brain would nod and say all these example of sexism happen regularly in school and outside of school among peer groups. The evidence backing Bousted’s comments is huge; and I will prove it. 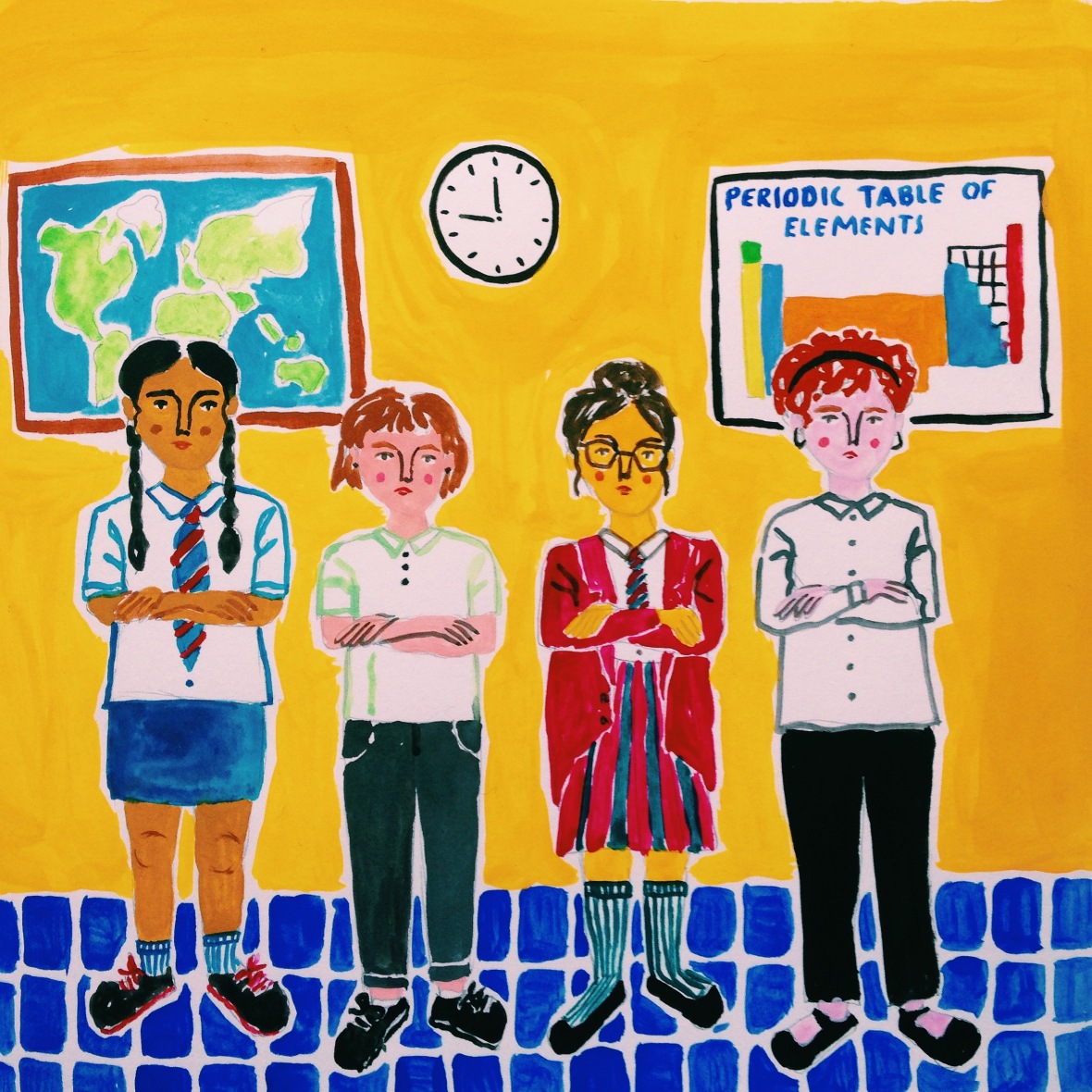 Processed with VSCO with c1 preset

To deny sexism in schools as being reported ‘with no evidence,’ is undeniably ignorant and foolish. One of the biggest girls’ youth organisation in the country, Girlguiding UK, reported recently how prevalent sexism still is among children. Their findings were unbelievable: 75 per cent of girls aged 11-21 say sexism affects their confidence and future aspirations. Nearly 1,300 girls, some as young as seven, took part in this survey, coming from every part of the country and each social class. Nearly all these girls believe they are judged for their looks rather than their ability and more than a third of girls over the age of seven were made to feel stupid because of their gender. But that’s not all; about a fifth of the 50,000 entries to the Everyday Sexism Project so far come from young girls in school. A 2010 study by YouGov for the End Violence Against Women Coalition, found that 71 per cent of 16 to 18 year olds heard sexist name-calling such as ‘slut’ or ‘slag’ used towards girls at school on a daily basis, or a few times a week. This same study revealed nearly one third (29 per cent) of 16 to 18-year-old girls, had been subjected to unwanted sexual touching in school. Bousted’s comments come just days after new figures have emerged showing cases of ‘sexting’ among under 16s have skyrocketed – with more than 13 times as many cases investigated by police in 2015 than in 2013. A freedom of information request in 2015, revealed that over 5,500 sexual offences in UK schools were reported to police in the previous three years, including more than 600 rapes. As Laura Bates reports, this means that, with the school year in England 195 days long, that equates to almost one reported school rape per day. They’re just the ones reported to the police.

The Everyday Sexism Project has received thousands of school-related, sexism-based reports of bullying and harassment in just a few months. Some of these include the following statements:

A boy in my class told me ‘Just shut up, you ugly fat cow’ when I made a mistake. Teacher ignored. Never put hand up again.

I shouted out the wrong answer in class the other day. Some guy told me to get back in the kitchen.

A boy in school told me to put my hand down when the teacher asked us if we thought sexism still exists.

I asked my sister when was the last time a girl in school was called a ‘slut’ by a boy. “It happens to everyone every day.”

More alarmingly, it is not just teenagers and young adults experiencing this kind of sexism:

My seven-year-old daughter being told not to be upset that a boy in class put his hand up her skirt, it was boys being boys.

So how can the Department for Education blatantly and ignorantly deny that sexist bullying does not exist in schools? I would recommend people listen to people like Bousted, who has visited schools up and down the country to talk to pupils of all ages about gender equality.

It’s easy for parents to point fingers at popstars and celebrities such as Robin Thicke, to blame why sexism persists in school culture. But the real, blindingly obvious, reason that sexism prevails among youngsters, is because sexism is experienced daily: in the classroom, in school, in peer groups, at work and at home. As Jane Martinson wrote:

Given that so much of this is experienced in schools, shouldn’t the first port of call be the classrooms where children are meant to learn about sex and relationships? Michael Gove has made it clear that lessons should focus on the bird and the bees and not the potential quagmire that lurks beneath sexual relations for young people.

But how are women, parents and men supposed to trust that the government will tackle sexism in school? The curriculum for sex education in schools hasn’t even changed in 16 years, and makes little to no attempt to include the internet, and sexist obscene images and expectations of women in pornographic videos. Michael Gove was quoted saying “those who learn Latin are far less likely to have sex,” which of course has no merit whatsoever.

In addition to this, the government pushing for the fact that ‘we should be celebrating for the achievements and talents of women and girls,’ is laughable when The Department of Education published proposals to remove the current teaching on Feminism from the syllabus of the Politics A-Level – including topics of sex/gender, gender equality and patriarchy. The official proposal can be found here. Feminists were underpinned as ‘pressure groups,’ instead of a movement that changed the face of the world, and the face of politics globally, as we know it. The groups are not even listed on the syllabus under ‘democracy and participation.’

Maybe, @educationgovuk, the reason sexism still exists is because the curriculum does not accommodate the discussion of women’s rights, and the movement for tackling inequality? Perhaps the Department for Education should visit schools across the country, and stand in classrooms where they can listen to and see first-hand the sexist behaviour perpetrated by pupils and staff. Perhaps then, they can begin to understand and be a reliable source of information on the matter.